This article first appeared in the Singapore American Newspaper.

One afternoon at lunch, pre-kindergartner Alex noticed her teacher throw away a plastic fork. “You just threw your fork in the trash can!” she said, “You could recycle it!”

Pre-kindergarten children in the early learning center at Singapore American School (SAS) were becoming increasingly curious about garbage, after noticing the amount of daily waste produced at the school, and worried about how human actions impacted the earth. 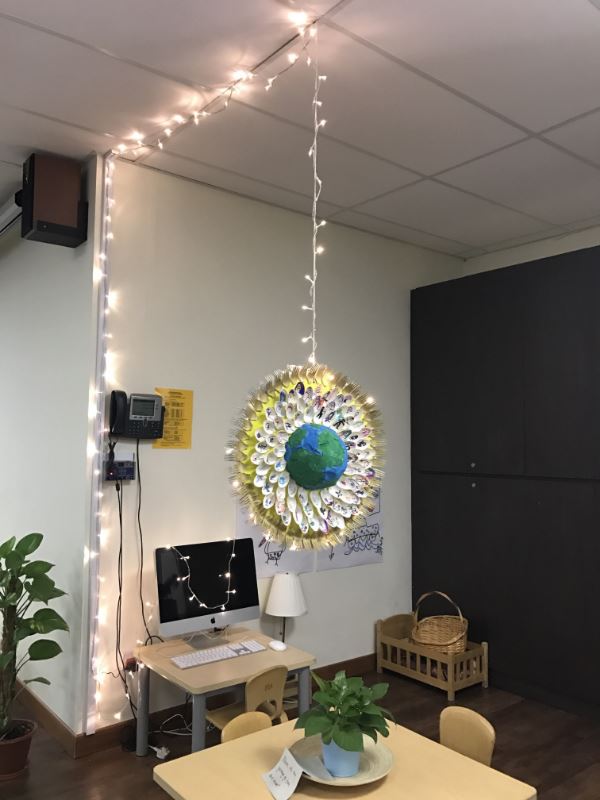 The children demonstrated a desire to protect the natural world, particularly the animals and trees with which they had already developed relationships. The young learners demonstrated a strong level of empathy through their care for living things.

As the children became concerned about plastic use in the cafeteria, questions about recycling at SAS started pouring in. Prescott Gaylord, the in-house sustainability planner, offered to join the children in doing some research on recycling and its impact on the environment. With their newfound awareness, the children took the ‘reduce, reuse, recycle’ message to heart and became passionate in their drive for sustainability.

“In my world, there is no landfill and everyone recycles everything,” Stella announced, as she explained her vision for the world. 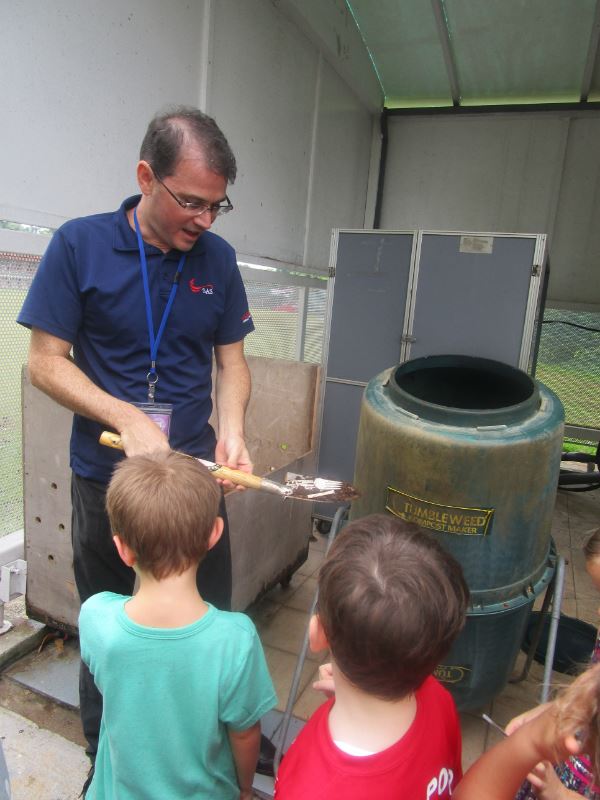 Once they realized that upcycling could make something more valuable than it was before, they were hooked. The children decided to collect plastic forks and spoons, and were shocked to discover how many they had gathered over a short period of time. 200 pieces of cutlery and three weeks later, they designed and created a collaborative art piece, upcycling the cutlery as a way of making visible the impact of waste on the earth.

In a surprising twist, the children later discovered that the cutlery they had upcycled was made of biodegradable corn plastic. Curious, they sent questions to Gaylord about how corn could be made into plastic and if it was really compostable. An experiment was devised. The class of 31 cut up used forks and put them into the school composter.

Several weeks later, the food waste had been converted into compost, but the plastic remained unchanged. Inference: Not compostable. The children concluded that it was better to reuse a single metal fork, rather than produce and slowly compost many plastic ones.

It was time for change. They prepared a persuasive presentation for Mr. Tan in the cafeteria, which convinced him to offer metal forks and spoons to the children in the early learning center.

The drive for sustainability did not stop in the school cafeteria. SAS students took the message home to parents, grandparents and siblings, and shared their learning with children and teachers in other parts of the school.

Their enthusiasm for environmental protection, along with a deep desire to care for and help others, did not go unnoticed. They were able to extend their passion into practical experiences, such as gathering recycling, composting organic food waste and making their own paper, as they thought about alternative possibilities.

As citizens of today, it is important that our children are able to shape their own environments and are encouraged to consider and pursue different possibilities for how the community runs. Achieving their aim of reusing metal forks was a definitive moment for some of SAS’s youngest learners, who enacted the positive change they wanted to see in the world.