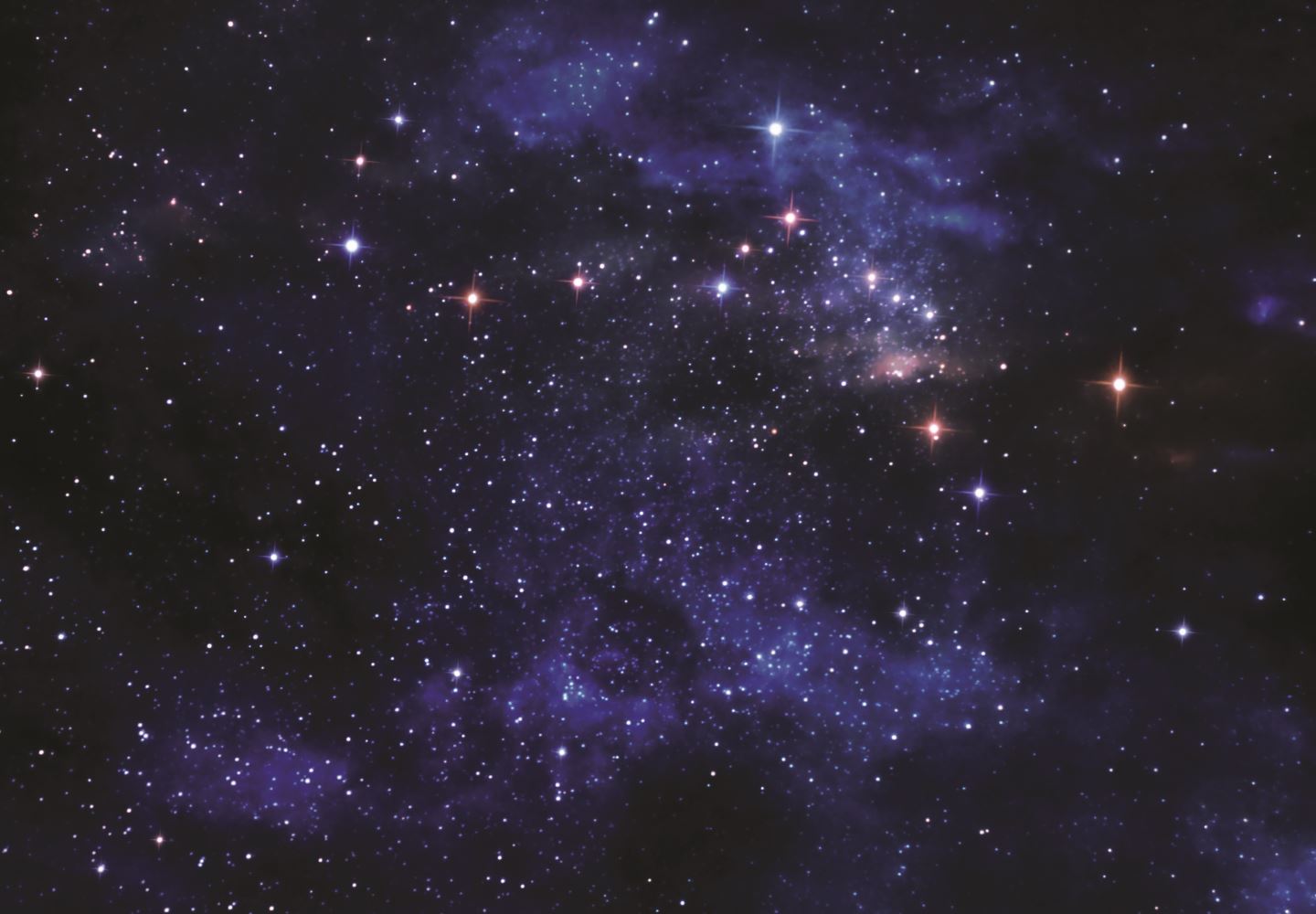 Sleeping in late one morning, Sunita Srivatsan, a senior at Singapore American School, woke up to the beep of an email message from International Space Station’s (ISS) Project Leader Dan Saldana, based in California, US. He needed to set up a Skype call to talk about an issue with the microlab that SAS was sending to space.

Srivatsan’s heart skipped a beat. It had taken her and five other students from the SpaceLab at SAS a year’s worth of meticulous planning, collaboration, and research to set up an experiment to test radiation levels in space using strands of melanin.

And now, an engineer in Houston had inadvertently turned on the experiment prematurely, effectively mooting it. The SpaceX Falcon 9 Rocket, which would carry the experiment, was scheduled to launch in 10 days.

This was no usual high school project and Srivatsan wasted no time. Finding the right experiment, zeroing-in on the details, and looking for sponsors to fund this was an integral part of the launch. She was going to need a team that respected commitment to a year-long project, had the passion to drive purpose, the grit and determination to overcome multiple challenges, and willingness to invest in hard work for success. More importantly, the project required the emotional strength to keep positively focused in the face of delays, lack of time, and the knowledge that the experiment may never see the space beyond the four walls of Bart Millar and Meredith White’s robotics lab, let alone outer space.

Starting from scratch, Srivatsan and her team of five—Jaclyn Chan, Keshav Jagannath, Annie Kim, Madeline Smith, and Devansh Tandon, conducted weekly brainstorming sessions. Nervous about meeting with the SAS administration and the advancement office to discuss funding and public relations for the project, the team pressed on with one goal in mind—going where no high schooler in Singapore has ever gone before! 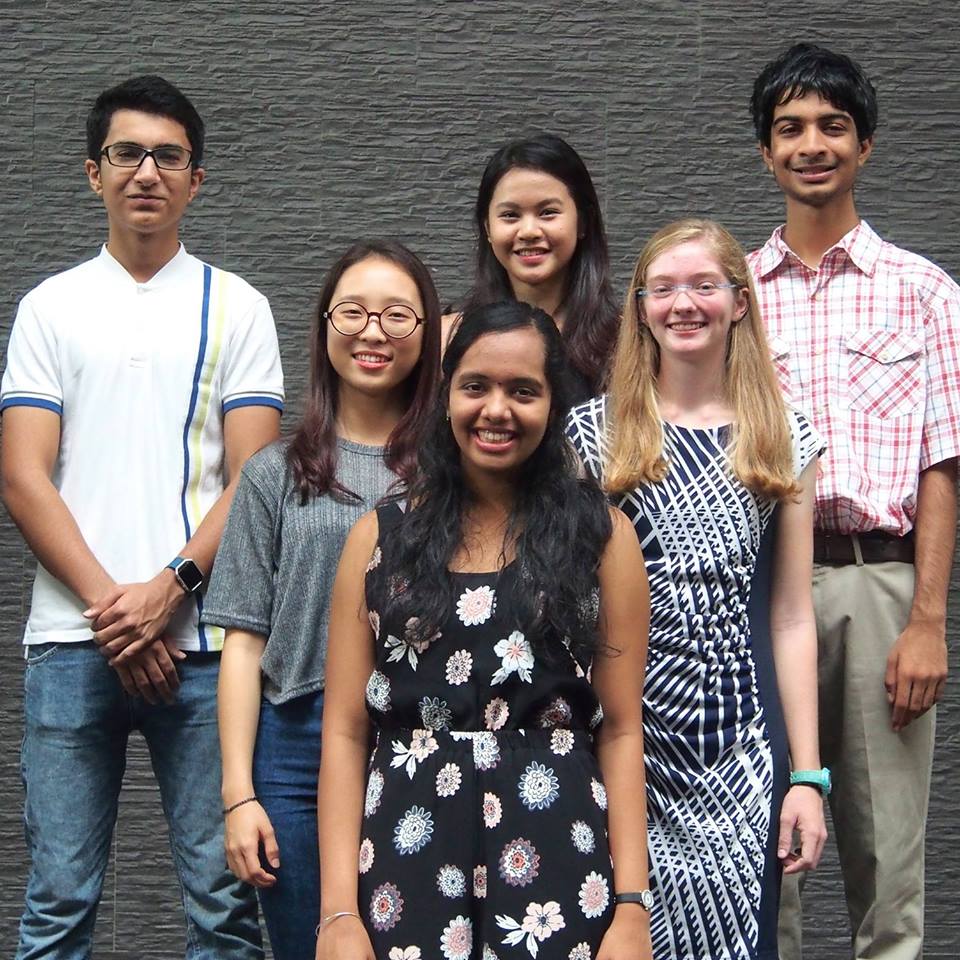 Awed by the students’ passion and determination to succeed, SAS administrators and staff pledged their support and helped students understand and navigate the logistics of this experiment. For the current year, SAS was the only school to leverage this opportunity, making it the first high school in Singapore to hit space.

Majumdar was instrumental in encouraging the team to focus on the various stages of the mission, formulate a plan, and execute it. In six months’ time, the students went from finding it hard to visualize how everything would fit into a microlab to building the engineering model and constructing the flight model in about a week.

She fondly recollects a time when, sitting at Srivatsan’s dining room table, they decided that this project was going to work like a company. And, in a short amount of time the team learned to play off of each other’s strengths.

Departments were defined and roles were assigned. The payload department was to be headed by Devansh, Jaclyn was in charge of hardware and software, Keshav was to handle integration, Annie was responsible for marketing and maintaining the log book, Madeline was the associate who had to know fairly everything across all departments and build the knowledge for passing it down, and Sunita oversaw everything as the CEO.

“I have seen them work really hard and of all the other groups that I have mentored, they impressed me the most. I have personally learned a lot from each of them. If tomorrow I had to mentor another set of students, I’d surely set the SAS SpaceLab team as an example,” beams a proud Majumdar.

Juggling school work, exams, and other extra-curricular activities was no easy feat. Calls via Skype and FaceTime, frantic emails, messages, and meetings that stretched longer than scheduled were the order of the day. The amazing team dynamics, the ability to handle pressure and criticism and be accountable went a long way. Asked about their regrets, the team says they have none. They couldn’t have done it better. They made mistakes but learned from them and did the best they could in the given situation and time.

So when the chips were down (thanks to the experiment being turned on in error for 18 hours), not one person on the team batted an eyelid. Srivatsan called for a meeting and a recovery plan was hatched. ISS was planning to ship it back and they had about a week to redo the whole experiment. The team zoomed into action.

It was time for some tough decisions: Do we take everything off and rebuild the whole experiment? Because that was most hygienic. Or do we leave on the same capsule and flush out the bacteria and melanin? Though that would take a lot less time, the results may not be accurate, if not cleaned properly.

This was a once-in-a-lifetime opportunity and taking shortcuts never really benefitted anyone. Deciding to rebuild the experiment, they set to work. Even with technical and logistical challenges—finding the right kind of melanin, testing it to see if it works—later, there seemed to be progress. Time was running out. Frustrations mounted.

A project with such high stakes, topped with the usual school workload, called for long hours, sometimes up until 11:30 p.m. at night. But the idea that their experiment was going to space kept them going. With eyes on the goal, the whole team, including the advisors, worked hard for that one week to make sure their microlab was redone to perfection and ready in time and shipped to San Jose.

The experiment was sent to space on June 5, 2017. And if it does turn out that melanin indeed protects cells from radiation, then this experiment will be a defining moment for future space research. National Aeronautics and Space Administration (NASA) will genetically modify plants to produce more melanin, making it easier to grow plants in space.

It Takes A Village
The team is all praises for their advisors Meredith White and Bart Millar. Millar went through a summer training program specifically for this project and the students understand that it was a huge commitment on his part and are truly grateful. Admiring their personalities and teaching styles, the students were quick to point out that they could not have had better mentors within SAS. “They gave us the freedom to learn independently, and whenever we needed it, they were there to support and guide us,” says Srivatsan.

The students are thankful to Mr. Dennnis Steigerwald, who helped connect the project with the SAS community; to Ms. Joanna Fitts and Dr. Kevin Piers, who offered invaluable advice about the biological aspects of the experiment; to the SAS Foundation; Dr. Haiyan Liu, an SAS parent who shared her expertise and offered use of her lab space at the National University of Singapore; parents in the SAS community; and teachers like Martha Began, who first mentioned Dr. Bhattacharya’s talk to Srivatsan.

Space and Robotics at SAS
The SAS robotics program was launched when Bart Millar and Meredith White took the first Marine Advanced Technology Education (MATE) underwater robot to Hong Kong in spring 2012. Working with zero budget, without proper tools or a dedicated shop, they accompanied ten SAS students to the event. There, they finished 10th among 15 competing teams.

Both White and Millar have had experience with robotics and STEM in the US, so they felt ready to expand robotics at SAS. Now, robotics encompasses four sections of Introductory Robotics and two sections of Robotics Science, which includes three regional events that are part of worldwide competitions.

The team successes have also been mounting up. Four SAS teams made it to the playoffs in Taipei, with one team winning first place. In Sydney this March, the SAS team finished fifth, earning a spot as an alliance captain, picking two other FRC teams from Australia to compete in the playoffs. Finally, two SAS teams traveled to Surabaya in April, placing second and third respectively. 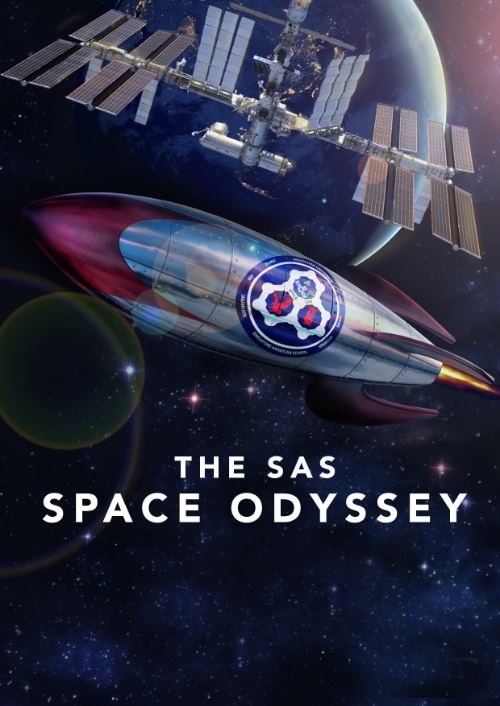