STANDING UP STRAIGHT TO SCOLIOSIS
by Armaan Chawla
June 28, 2017 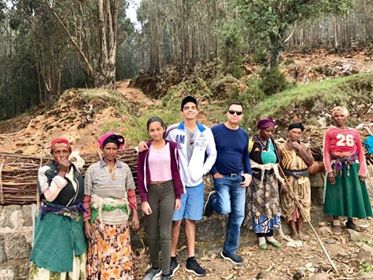 As I ventured onto the nearby soccer field, I had intended to stay put — shooting at goal until dusk dawned upon me. Despite my stubborn yet enthusiastic attitude, my stay was sharply cut short. After a simple misstep, an unfamiliar and foreign pain pulsed through my muscles and along my spine. In that moment — I collapsed along the green grass, almost paralysed, unable to move. After some time had passed, these episodes became a growingly familiar occurrence. However despite the recurring pain, I still had no idea what was going on with my body. Each time, I thought it was a muscle spasm because I forgot to stretch or something but boy was I wrong.

Two months had passed and I still felt the same radiating pain again. At this point I'm thinking this excruciating discomfort is something much more significant than some sort of muscle spasm or cramp. The situation was becoming dire and the fact that I had no idea what was bothering me made it even more terrifying. It got to a point where I had had enough, it was time to get to the bottom of this irritation.

I will never forget how I felt on the day I was diagnosed with Scoliosis. As my doctor switched on the back light onto my x-ray, a world of pain dawned upon me. However, perhaps what was even more surprising than the fact that seeing my spine was deformed in the shape of a "S", was the fact that I felt rather relieved. After 3 months of constant pain, collapses and breakdowns, I had finally figured out what had been irritating me. An idiopathic spinal deformity that would change my life forever. In due course, this short lived relief turned into a long 10 months of excruciating pain for not only me but also my family. 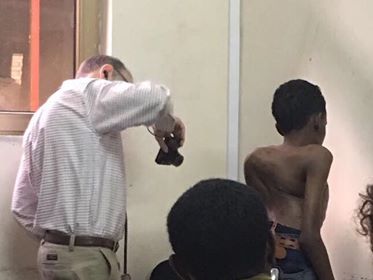 As soon as I heard the news, my parents were torn in the argument of surgery versus no surgery. Should I get my whole spine fused from top to bottom in a 10-hour surgery that might put me into paralysis? Or should I try to maintain my curve and stop it from worsening through physical therapy? Initially we tried to avoid surgery at all costs and went through with physical therapy or a “spine bootcamp” as they call it. In this camp, I spent six hours a day in different traction machines that were made to stretch and loosen my spine and somehow help correct my 72 degree thoracic curve and 82 degree lumbar curve. Long story short, this was all a fruitless attempt as my lumbar and thoracic curvatures rampantly continued to grow. My curves were far too large to be corrected by therapy or use of a brace therefore, my family’s only option was that terrifying almost hell like surgery. If I didn’t go through with the surgery, the pain would persist and my spinal curve could progress to the point where it could affect my breathing. Tough situation huh?

June 23, 2016 will forever remain a pivotal day in my life. I not only went through with the horrifying surgery and had two cobalt chrome rods with 23 screws put into my back but it was also when I realised how fragile my life was. Despite encountering so many obstacles along the way, I was always in the best hands. Although I had to learn how to walk again and couldn’t breathe properly for months after surgery, I always had the support and prayers of those around me which ultimately helped me overcome my deformity. Now almost one year on from surgery, thanks to them, I am living without suffering and I have embarked on the road to being as normal as one can expect. I am no longer experiencing pain, no longer dealing with the uncertainty of the outcome of spinal surgery. I am no longer restricted by scoliosis.

The Scoliosis Project was born out of this very experience. I am a real life testament to what a successful spinal surgery can do and I want to provide the same opportunity I had to those who can’t afford it. Trust me, spinal fusion surgery is a life changing event and for the better. Having been given this fresh lease in life, my aim now is to help one needy person gain access to this surgery.

So, join me on this incredible journey to stand up STRAIGHT to scoliosis!