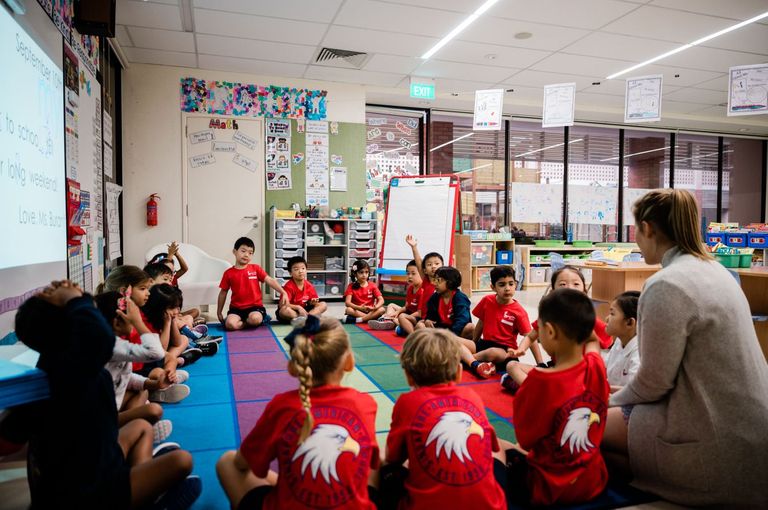 At Singapore American School, children learn and play with classmates from a wide variety of backgrounds, and this diversity is part of what makes the school special. This year, our community includes students from 63 different nations. Today we are pleased to present the first part of our annual description of the SAS student body.

SAS is committed to maintaining a diverse student population with a strong American element. The relevant school board policy states that the school "will seek to maintain a student body comprising American and non-American students so as to provide strong American character as well as international diversity." 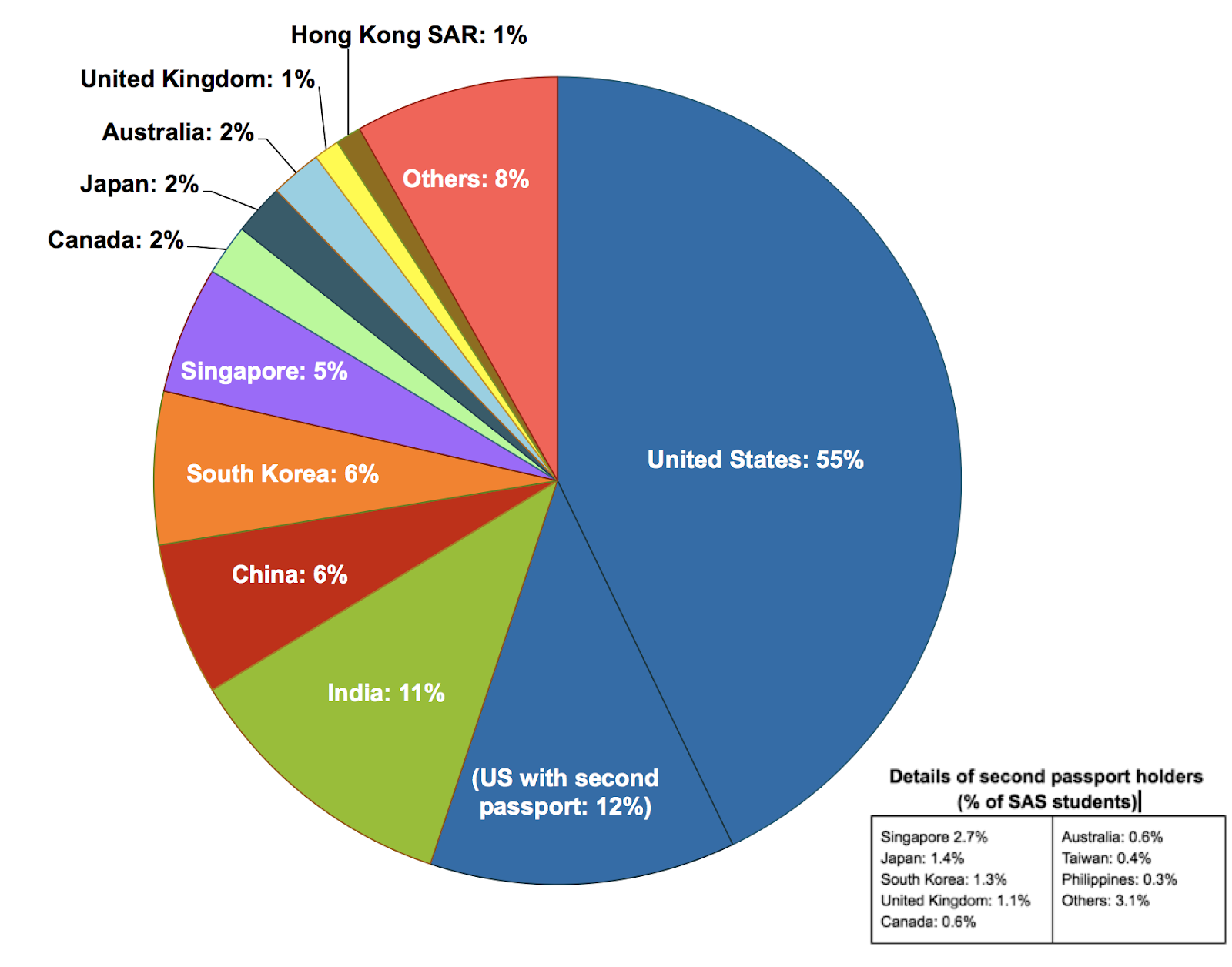 *Total is less than 100% due to rounding

SAS remains the school of choice for Americans in Singapore, with 2,194 current students holding US passports. This represents 55% of the student body, equivalent to last year's percentage. The proportion of our students with US citizenship has fluctuated throughout the school's history based on economic, societal, and corporate trends. The chart below shows such fluctuations over the last 13 years. The proportion of our new students who are US citizens has risen for the last three years, from 45% in August 2017 to 64% this August. This suggests that our overall percentage of American students may rise over the next few years. 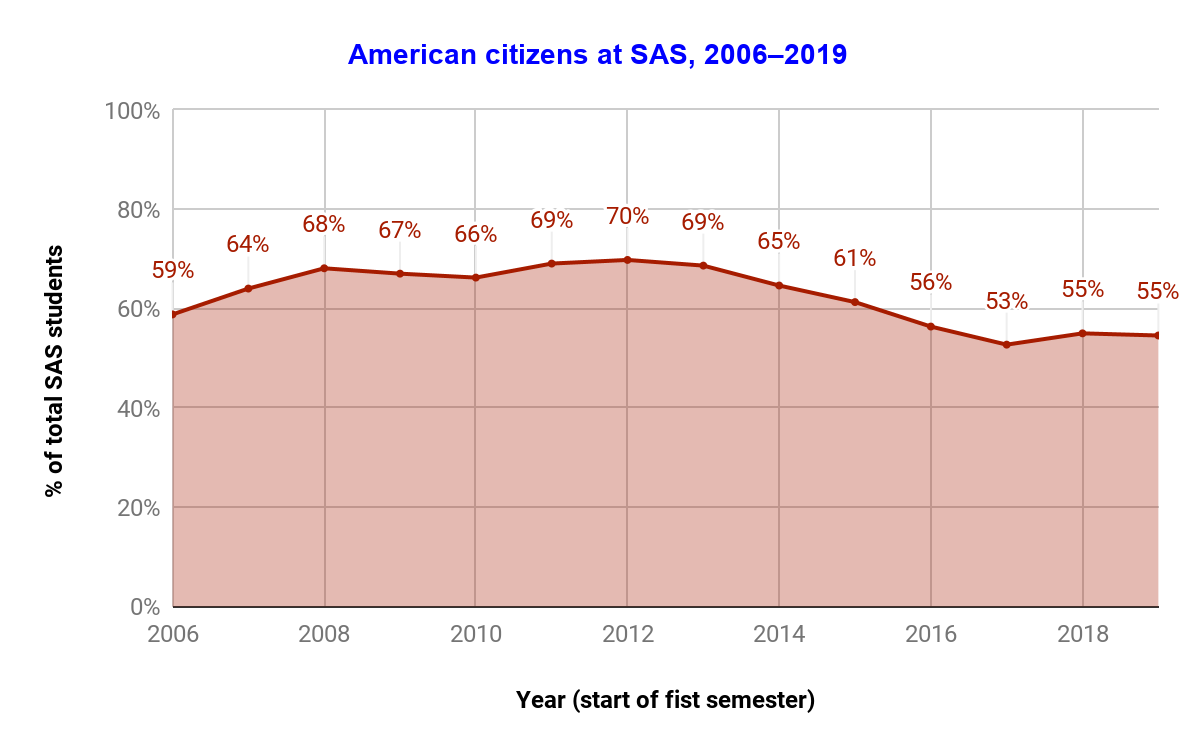 Looking more closely at our numbers, we see that within our US student population there is significant diversity, with over a fifth of our American students also holding a second passport. Including these, current SAS students now hold 63 separate passports. And even these numbers understate our students' diversity, because often our American students have lived mainly outside the US, and some have at least one parent with a different citizenship. 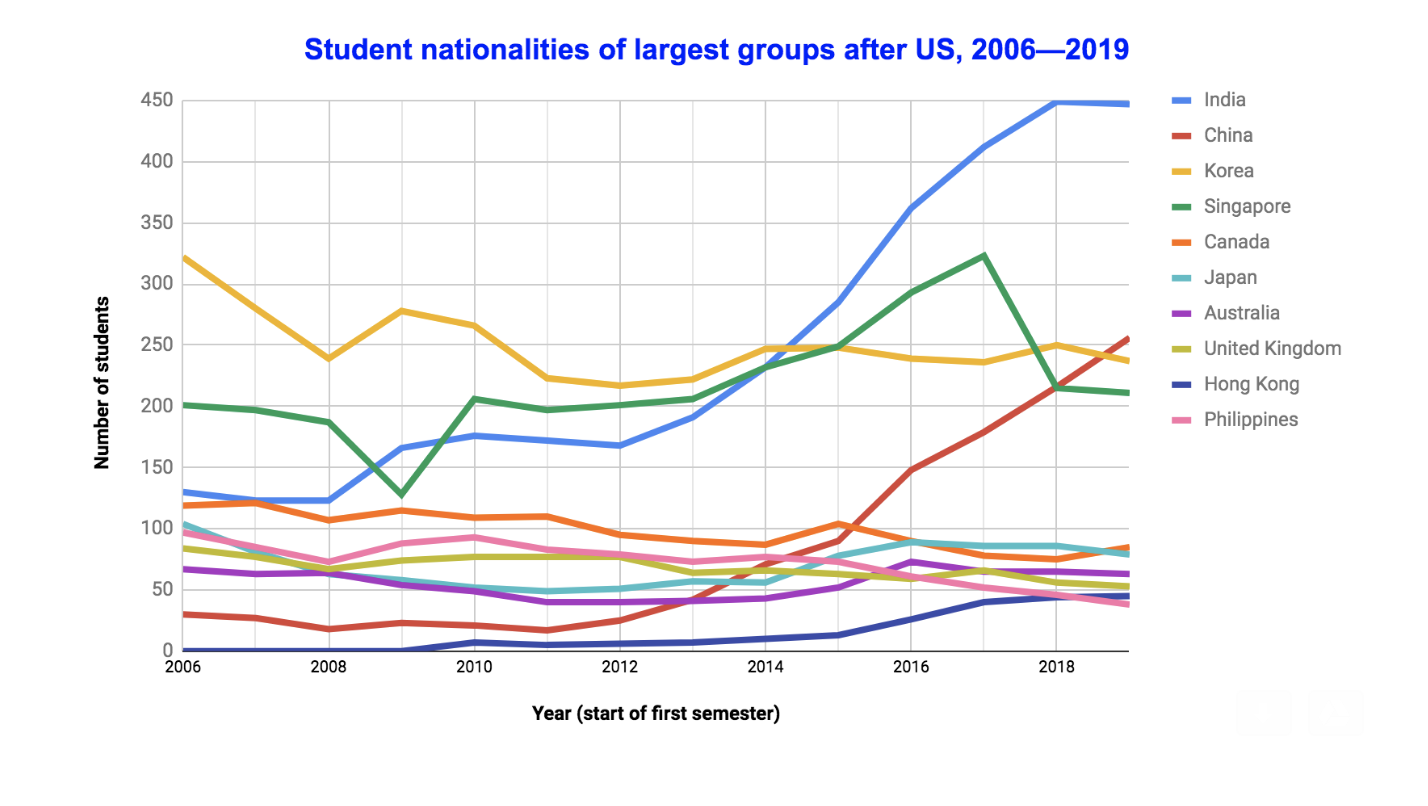 The "other" 8% of our students hold primary passports from 45 countries, with our total number of home countries, including unique second passports, totaling 63 this year. Although we no longer have students from Brunei Darussalam, Honduras, and Jordan, we have welcomed students representing Burkina Faso and Mongolia.

This year, the average tenure of all currently enrolled students rose to 4.3 years, the longest in recent history. Since 2010, SAS students' average tenure has lengthened by over half a year.

The average stay for our American students has also risen and now stands at 4.2 years. Within our US population, on average our diplomatic and naval families stay around 2.5 years, SAS faculty children stay 6 years, and other Americans stay just over 4 years. Of our other large groups, children from the Philippines and New Zealand average the longest stays, at 8.4 and 6.6 years, respectively. Students from Singapore, the UK, Canada, and Japan average between 5 and 6 years, while Australians and South Koreans stay around 4.5 years. Indian students' average tenure has lengthened and at 3.9 years is approaching our overall average. Our Chinese and Hong Kong passport holders average stays of 3.3 and 3.2 years, respectively.

We hope you have enjoyed learning more about your children's classmates. Student Demographics Part 2 will explore why SAS families are living in Singapore, where they live, and other aspects of our community. As always, we welcome comments, questions, and suggestions for future articles at mrogers@sas.edu.sg.
Powered by Finalsite