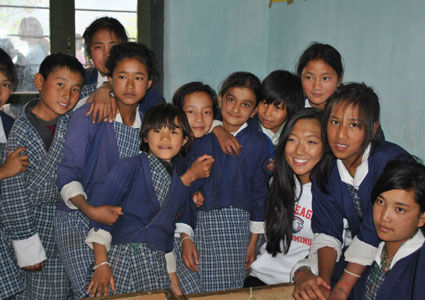 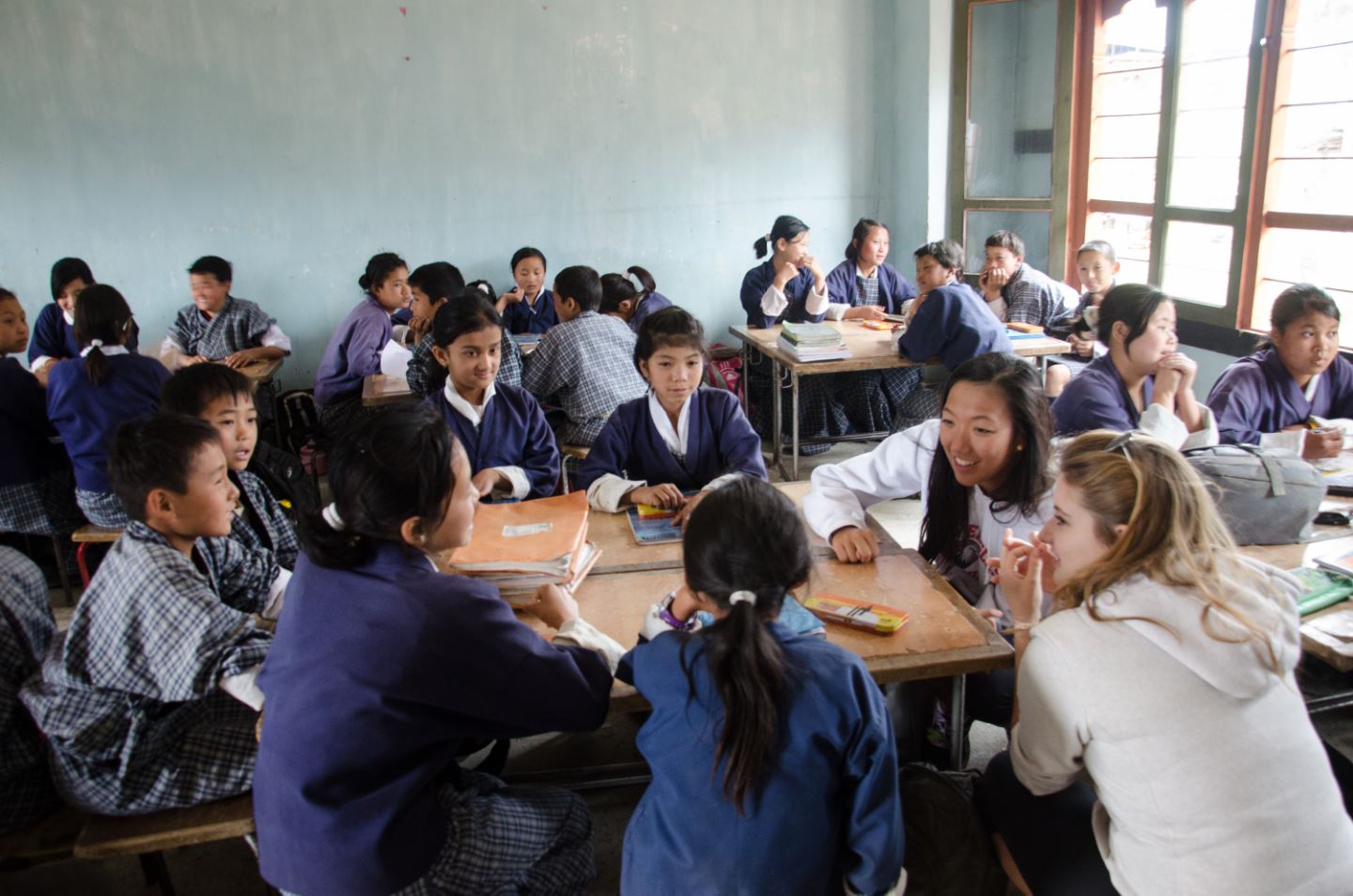 So what exactly is the National Young Women of Distinction award? It's an honor awarded to only ten registered USA Girl Scouts every year - ten out of nearly two million! The National Young Women of Distinction award is given to USA Girl Scout Seniors and Ambassadors whose Gold Award projects demonstrated extraordinary leadership, had a measurable and sustainable impact and addressed a local challenge related to a national and/or global issue.

For her Gold Award project, Hanna co-founded a Rural Education and Development (READ) service club at Singapore American School to help fundraise and increase awareness of the READ Global program in Bhutan. Thanks to Hanna's project, a READ Bhutan center was opened in Yangthang Village, reaching 12,000 villagers with educational and training resources. The service club at SAS will continue to help provide resources to READ Bhutan which makes the project sustainable, a requirement of the Gold Award.

Hanna says living in Singapore made this easier to achieve than if perhaps she lived elsewhere. "Singapore provided my project, the service club, and the organization READ, with a very special type of audience. With such a huge expat community living in Singapore, it is not uncommon for the general Singaporean population to be very globally minded. This mindset made the people I reached out to for help with my project very receptive to the idea of helping women and children they'd never met in a totally different country a couple thousand miles away."

Hanna gives a lot of credit to the support of her school. "We all know that Singapore is a first world country with neighbors that are considered third world countries. Singapore American School, in particular, has always emphasized community service that reaches out of the classroom, out of the neighborhood and even out of the country. When I was in eighth grade, I went on my first community service trip out of the country to the Philippines and learned about the world around me in a way that not many other students in other countries get to experience. Service clubs in Singapore have always had the unique tendency to not just look at internal problems within our country, but to also look at the external problems in the countries around us and to be a part of the solution. Ultimately, I believe that Singapore's economic status as well as special location on the map is what allowed me to be aware of problems at a global level."

A Taiwanese-American, Hanna graduated from SAS last spring and has started college at the University of Southern California, majoring in Public Health.

Making this award even more special, Hanna received this honor in a very special year as 2016 marks the 100th anniversary of the Gold Award.