SAS parents are often amazed at the diversity of their children's classmates. This year, our community includes students from over sixty different nations. In Part 1 of our annual student demographics article, we explore the 2017–18 particulars of our always-evolving SAS community.

Our school's history and policies reinforce our commitment to maintaining a diverse student population with a strong American element. The relevant board policy states as a goal "a student body comprising American and non-American students so as to provide strong American character as well as international diversity." SAS remains the school of choice for Americans living in Singapore, with 53% of current students holding US passports. Our 2,083 American students come from all over the United States, with the highest numbers hailing from Virginia, California, Texas, Florida, and Illinois.

We note that the percentage of SAS students with US passports has fluctuated throughout the school's history, and in recent years has declined from a high of 70% in 2012. Current economic trends are likely affecting the relative numbers of Americans and other foreigners in Singapore and at SAS. At the same time, educational options for American families have increased in the last decade as new international schools have opened and alternative curricula have become more acceptable to US colleges. 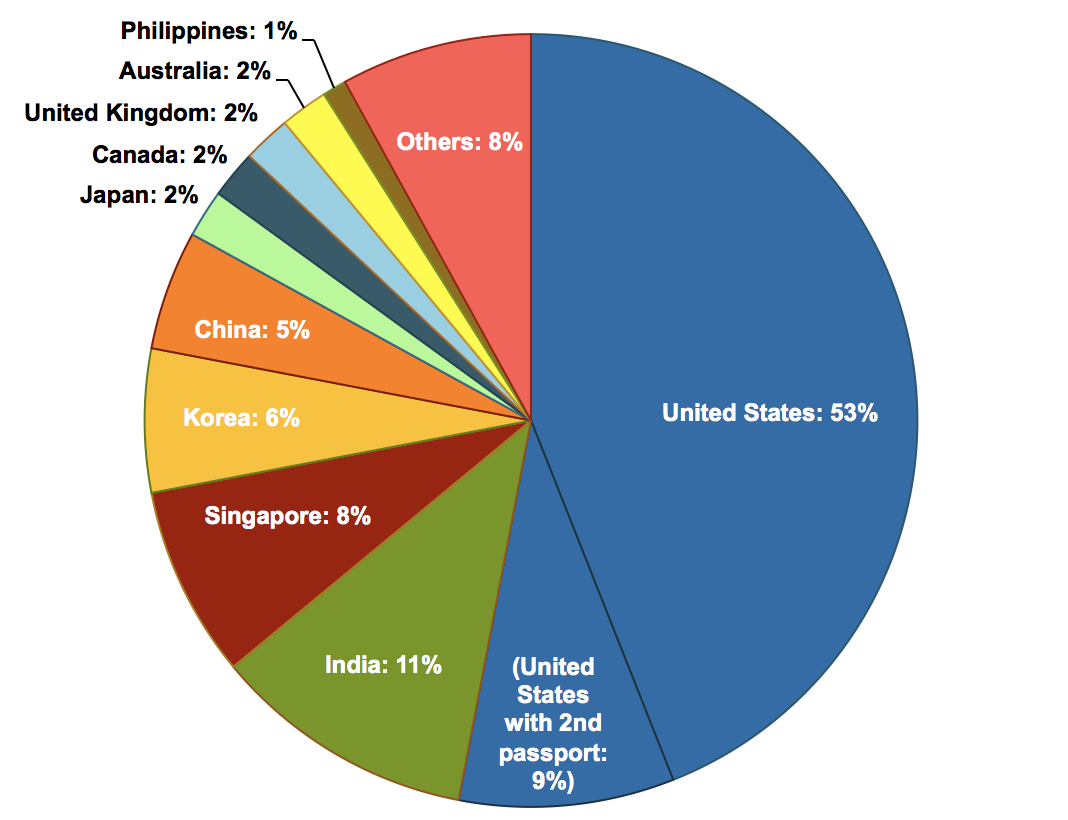 Details on 2nd Passport Holders (% of all students)

Looking more closely at our numbers, we see that within our American population there is significant diversity, with around one-fifth of these students also holding a second passport. Including these passports in our list of countries puts the number of separate passports our students hold at 63, which is a record high for SAS! Even citizenship statistics do not entirely capture our students' diversity because many of our American students have mainly lived outside the US, and some have at least one parent with a different citizenship.

We carefully analyze changes in the student body to better understand and serve our community. While the top ten nationalities at SAS have remained the same since 2013, their order has shifted as our Indian and Chinese students' numbers have risen rapidly and other groups have altered less dramatically: 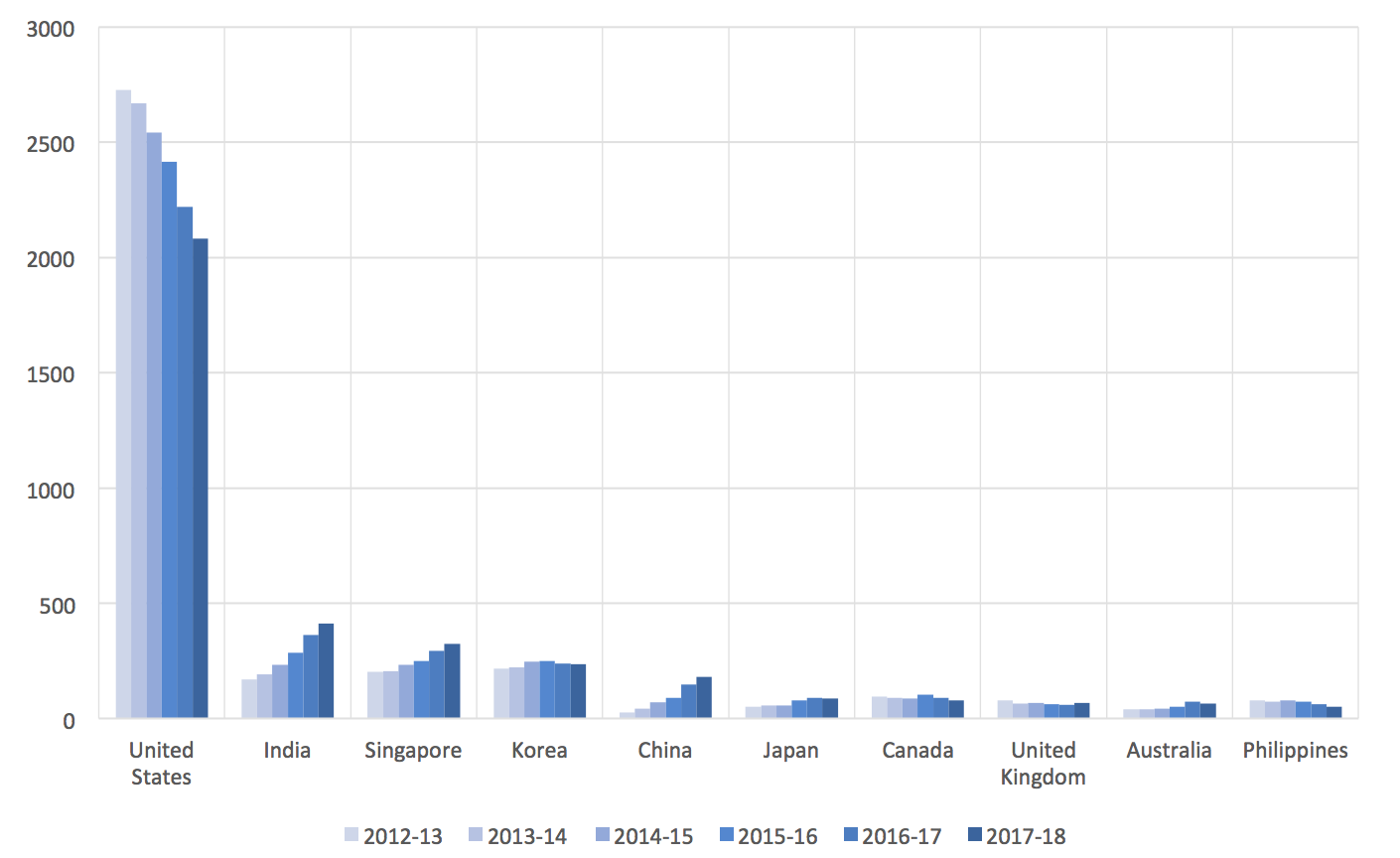 The "other" 8% of our students hold primary passports from 45 countries, with our total number of home countries, including second passports, rising to 63 this year. Although we no longer have students from Slovakia and Kuwait, we now have students representing Ukraine, Bangladesh, Lebanon, Iran, Egypt, and St. Kitts and Nevis.

This year the average tenure of all currently enrolled students remains 3.9 years. Our American students' average tenure is also 3.9 years; within this group, US diplomatic and naval families generally have tenures below this average, while American children of SAS teachers stay longer than average. Of our other top-ten groups, children from the Philippines and Canada average the longest stays, at 7.3 and 5.1 years, respectively. Students from Singapore, the UK and Korea stay 4 to 5 years, while our Japanese and Australian students stay 3 to 4 years. Reflecting their increasing numbers, our Indian and Chinese students have the shortest average tenures of our major groups at 3.1 and 2.6 years, respectively.

We hope you have enjoyed learning more about this year's SAS community. Further details about our students and families will be explored in Student Demographics Part 2. As always, we welcome comments, questions, and suggestions for future articles, to mrogers@sas.edu.sg. We look forward to hearing from you.