According to parent surveys, the diversity of our student population is overwhelmingly seen as one of the best things about an SAS education. This year's SAS community includes students from 66 countries, all learning with and from each other. This week we are pleased to present Part 1 of our annual description of the SAS student body. We hope you enjoy learning more about our community.

SAS remains the school of choice for Americans in Singapore, with 2,153 students holding US passports as of the end of August. This represents 54% of the student body, down one percent from last year at the same time. Our school's history and policies reinforce our commitment to maintaining a diverse student population with a strong American element. The relevant school board policy states that the school "will seek to maintain a student body comprising American and non-American students so as to provide strong American character as well as international diversity." 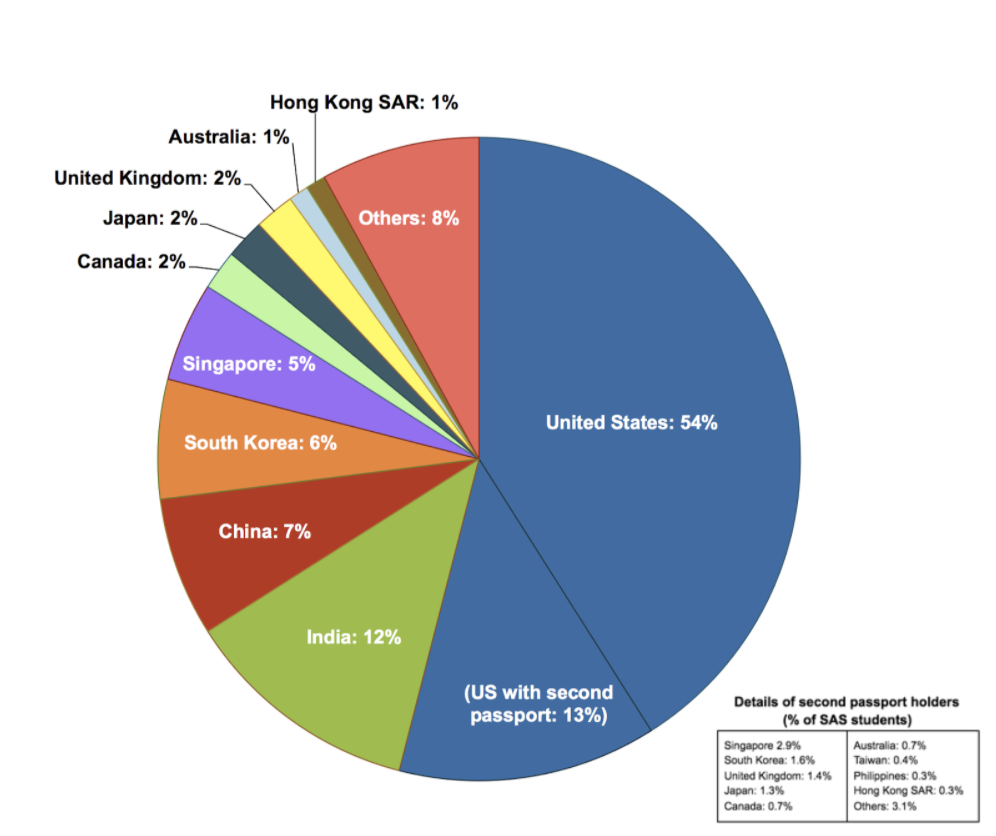 We know that within our US student population there is significant cultural diversity, with many of our American students having lived outside the US for most of their lives, and some having at least one parent with a different citizenship. About one-quarter of our American students also hold a second passport. Including second passports, this year our students hold 66 separate passports, our highest number ever!

The proportion of our students with US citizenship has fluctuated throughout the school's history based on economic, societal, and corporate trends. The chart below shows 15 years of such fluctuations. While the proportion of this year's new students who are US citizens fell significantly after rising for several years, it is difficult to tell whether this represents a short-term shift due to the coronavirus situation or the start of a longer-term trend. 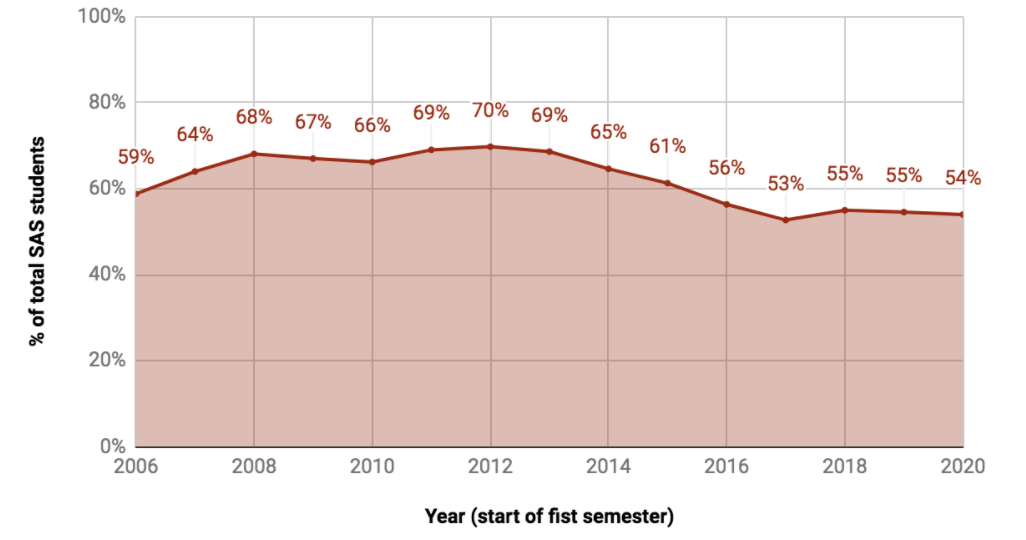 We carefully assess the demographic changes in our school community to better understand and serve our students. This year, our "top ten" list of student nationalities is very similar to last year's list. After our US citizens, our Indian and Chinese passport holders are the next largest groups. Their numbers continue to increase quite steadily, while other major groups' numbers have altered less dramatically:

Student nationalities of largest groups after US, 2006-2020 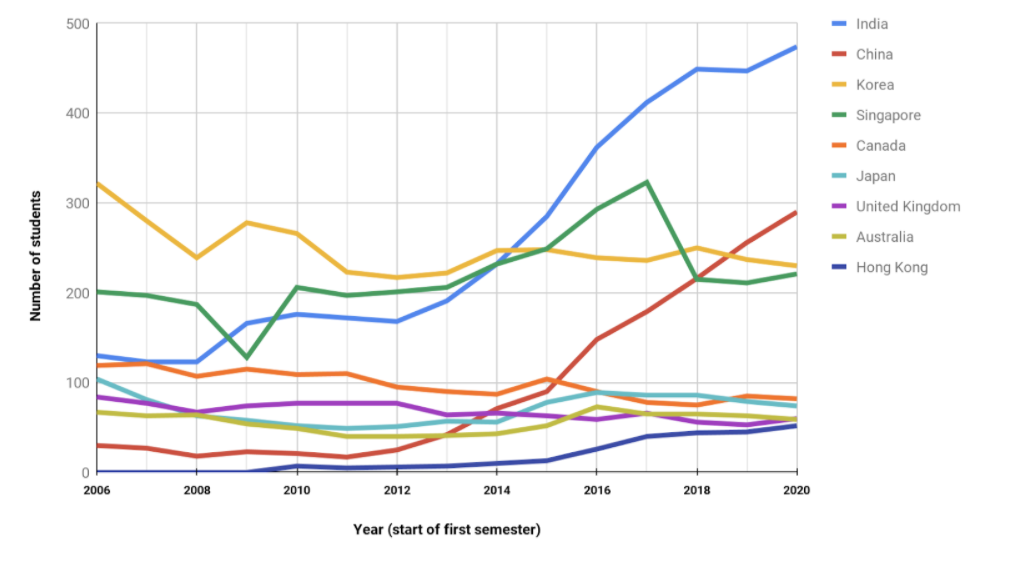 The "other" 8% of our students hold primary passports from 48 countries, with our total number of home countries, including unique second passports, totaling 66 this year. For the first time in recent years, we have not lost any nationalities since last year—but we are pleased to welcome students representing Nicaragua, Costa Rica, and Romania to the SAS family!

This year, the average tenure of all currently enrolled students inched up again, rising to 4.4 years. This includes our youngest students who have only had the opportunity to with us for a limited time. This represents an increase of nearly a full year over the past decade and may indicate that the SAS community has gradually become less transient.

The average stay for our American students has also risen and now stands at 4.3 years. Within our US population, on average our diplomatic and naval families stay around 2.5 years, SAS faculty children stay 6 years, and other Americans stay just over 4 years. Of our other large groups, children from Singapore, Canada, the UK, and Japan stay on average between 5 and 6 years, while Australians and South Koreans stay around 4.5 years. Not surprisingly, those groups whose numbers are growing most rapidly have lower-than-average lengths of stay: Indian passport holders' average tenure stands at 4 years; Chinese passport holders' at 3.5 years; and Hong Kong SAR passport holders' at 3.4 years. All three average tenures have lengthened significantly over the last few years.

We hope you have enjoyed learning more about the amazing diversity of this year's SAS student body. Keep an eye out for our next article, Student Demographics Part 2, which will explore why, where, and how SAS families are living in Singapore. As always, we welcome comments, questions, and suggestions for future articles at mrogers@sas.edu.sg.